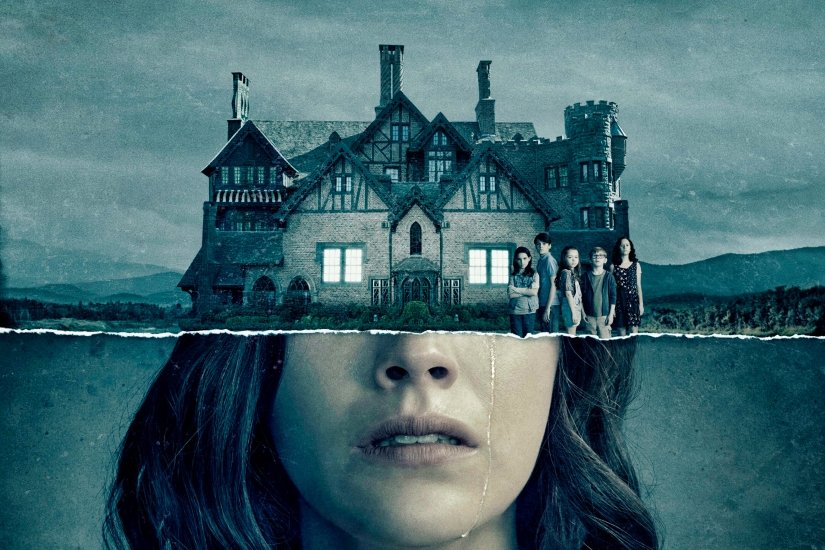 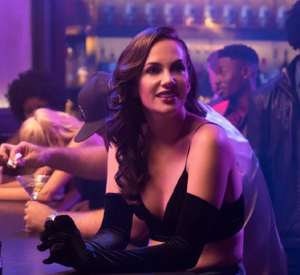 She works as a child Psychologist where she makes use of her ability tell what other people are feeling simply by touching them. She usually wears gloves to stop this from happening. When she was young, and well into her adult life she hated the feelings which came with her gift. Throughout the first season she slowly begins to change that. She is the middle of the five children. During Season 1 she, haltingly, starts a relationship with Trish which appears to be well established by the flash-forward at the end of the first season.

The early part of her life was spent with her mother and father; Season 1 sees them buying and selling houses to make a profit "flipping" them. Following the events at Hill House when her parents were restoring the house for sale, the children were cared for by their Aunt Janet.

This character is closed off, curt and straight forward. She is quite intelligent and has an interest in helping people and education.

She inherited 'sensitive' feeling; so when she touches objects and people, she can read different things about them. Because of this gift she can sense feelings and emotions of people which assists her in her job.

She has shown romantic interest in several women on screen and Shirley mentions that she didn't expect a 'pussy parade'.

She comes off as a player as she can sense a persons 'baggage'. At the end of the season she is shown in a relationship.

Steven is Theo's older brother. Due to their childhood and later occurrences most of the siblings are estranged, seeing each other very rarely. Despite the siblings agreement to have nothing to do with the book, Theo accepted the large sum of money offered by Steven, from his book royalties. He was supportive when he found out Theo was into girls.

In the present Theo lives in Shirley's guest house and are kind of close, even though thanks to working and Steve's money she can afford her own place. Shirley is supportive of Theo's interest in women. They even converse about one of Theo's supposed one night stands and encourages her to pursue a relationship. It appears as if this is a familiar conversation.

Theo claims she lives there to make sure Shirley doesn't close off. However, it seems likely that she also gets something from living with her sister.

As children they appear to have had a good relationship.

When Shirley finds out that Theo has accepted the book money from Steve, she is flabbergasted and very angry. Unbeknownst to Shirley, Theo and her husband share a secret as her husband has also been accepting the money. Shirley threatens to kick out Theo when she finds her kissing her husband and about the money but doesn't get a chance to.

In Steve Sees a Ghost, Theo and Trish meet at a bar. They dance, and later have sex in Theo's room at Shirley's house. When Trish tried to get to know her better Theo asks her to leave. She later speaks to Shirley about Trish, claiming she had too many issues.

In the episode Touch and at the same bar, Theo ignores Trish but later calls her over to her house. Theo gets emotional telling her about Kelsey. They have sex again and Theo asks Trish to touch her - which she doesn’t ask for often.

In Silence Lay Steadily Trish is Theo’s vision. She appears at Luke’s 2 year sobriety party where it shows the pair are both wearing wedding rings.

"Foster father: What are you, um, looking at?

Theo to Shirley (on Nells suicide): "She fucking knew better. And she did it anyway."-

Theo to Shirley: "Well be sure to let your imagination get the best of you. That's the first step. Imagine the worst thing possible. Assume it's true. Then go from there. "- Steven Sees a Ghost